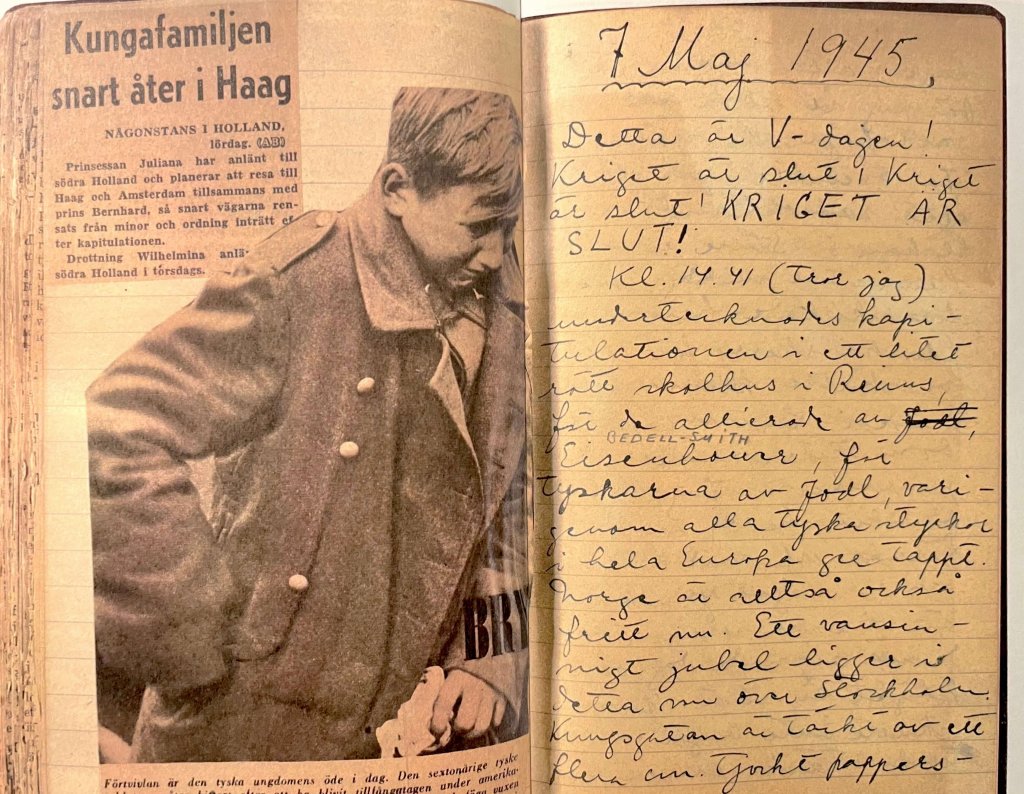 The Window in Stockholm

The 90min documentary film portrays a young Swedish woman’s perspective on the Second World War and her private crises, using historical footage, documentary and scenic sequences and quotes from her diary as well as her descendants’ memories.

The secretary Astrid Ericsson has at last found her love in Stockholm. They have been married since 1931 and live in a small apartment by Vasapark. Astrid’s illegitimate son Lars now has a father and in 1934 their daughter Karin is born.In the fall of 1939, suddenly everything is in upheaval. The Swedes are afraid of the Russians because Stalin attacked Russia’s neighbor Finland just a few months after Hitler’s attack on Poland on September 1, 1939.
Astrid starts a diary that becomes her silent companion for the next 6 years and a record of her inner turmoil and the global humanitarian catastrophe. Until now she had only published a few short stories in newspapers. But she definitely doesn’t want to be a writer, because she would never be able to make a living from it.

Crisis is now normal in Sweden, too. Perplexed, Astrid records in her diary, how obediently people conform to a new political world situation.

In 1940, her acquaintance with the criminologist Harry Söderman gets her a job that takes her out of the monotony of being a housewife and mother: together with other women, she opens the letters of people who have fled to Sweden for the censorship office of the Swedish National Post. Sometimes she secretly types them up and sticks them next to newspaper articles in her diary. After the first reports of deportations of Jews in Germany, she increasingly writes to get the sheer horror off her chest. The more the war progresses, the clearer she sees the dishonesty of the Swedes, who hide behind their “neutrality”. In her diary, she calls her job at the secret service a “dirty job”.

Her husband is also called up for reserve training in 1940, and she is often alone with the children. She has long known that he drinks excessively. Now she learns that he has a mistress and wants to leave her. While the world outside is raging ever more violently, her private world is imploding. She is barely able to cope with everyday life. Only when she and the children spend the summer at her parents’ vacation home on Näs in the skerries, does she find peace and increasingly think about writing fiction – and the diary continues to grow.

In 1941 she starts telling her daughter Karin about a strong red-haired girl living alone without parents.

By the end of 1945, when she finishes the last notebook of her war diary, she holds the first printed edition of Pippi Longstocking in her hands. She has finally found her own path.

In 1952, her husband Sture dies as a result of his alcoholism.
Astrid Lindgren will never marry again.